If quiet streets, friendly neighbors, and great schools top your list of must-haves, then Glen Ridge may be calling your name. This small town in Essex County, NJ is stunningly beautiful and full of charm with maple tree-lined streets and historic homes. The town’s trademark is the 600 plus vintage gas lamps lining the streets – a rarity in current day America.

The township has changed little over the years. The Glen Ridge Historic District encompasses over 90% of the Borough. The stately residential homes themselves are vintage-styled representing one of New Jersey’s largest collections of pre-World War II Colonial and Victorian houses. 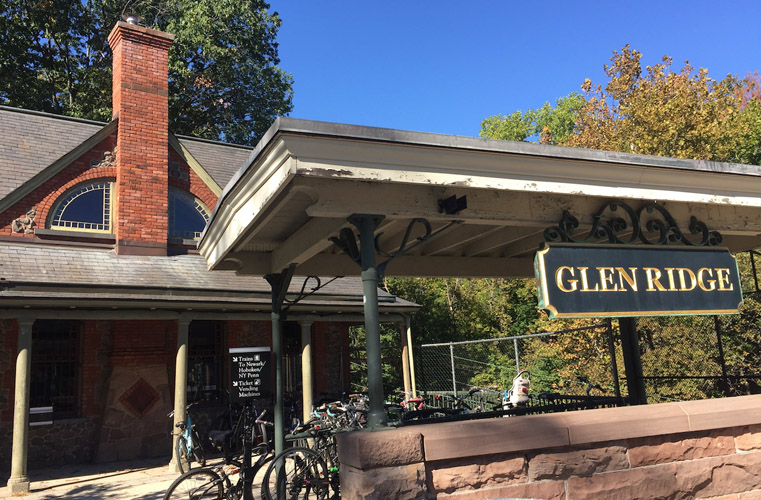 1. Glen Ridge has a convenient stop on the Midtown Direct Line

White picket fence charm aside, one of the biggest motivators for would-be suburb dwellers to move to Glen Ridge lies in the commute. The 35-minute trip on the Midtown Direct takes the sting out of leaving Manhattan, a mere 23 miles away. In fact, from certain vantage points in Glen Ridge, you can catch a glimpse of New York City – tangible proof that the city is always within reach.

The beautiful, architecturally significant, Queen-Anne style Glen Ridge train station is walking or biking distance for most residents. It’s convenience and charm all in one package.

2. Glen Ridge: residential through and through

The town of Glen Ridge is almost entirely residential as evidenced by the lack of storefronts. The area of the township is a mere 1.28 square miles and at its widest point, it is six blocks. In the block or two that encompass the downtown at the intersection of Bloomfield Avenue and Ridgewood Avenue, there is a bank, the train station, post office and the Glen Ridge Historical Society building. You can take a set of steps right down to the Toney’s Brook Gazebo and meander along the stream in the Glen, the tip of Glenfield Park, not even realizing you are steps away from the center of town.

With no downtown and shopping district proper, residents head to the next town over to run errands. Easy access to Montclair, a two to five-minute drive away, provides ample opportunities for shopping and a vibrant, highly-regarded restaurant scene. Foodies delight in their choice of Zagat-rated restaurants and the lively bar scene in neighboring Montclair and then return home to the tranquility of Glen Ridge. 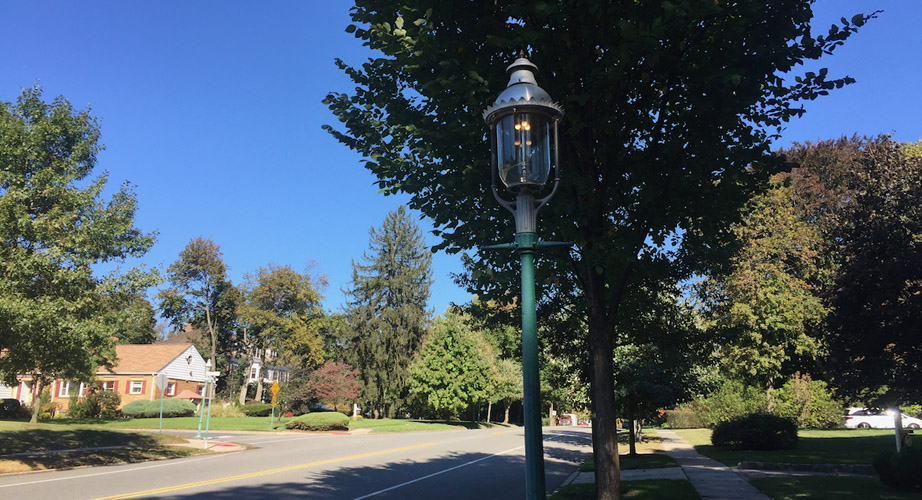 3. Glen Ridge is family-friendly and has excellent schools

Families love Glen Ridge, and it’s easy to understand why. The schools are small and highly rated holding a 9 out of 10 ranking with GreatSchools.org, while the SAT scores are above the New Jersey state average. Glen Ridge High School is ranked both nationally and within the state of New Jersey, a distinction not afforded to some of the high schools of larger towns along the Midtown Direct.

Children ride bikes together down quiet streets contributing to the quintessential Norman Rockwell picture of growing up in suburbia. There are nine beautiful parks in the Borough parks system, and of course, the streets are dotted with 667 gas lamps, significant because there are only 3000 in operation in the entirety of the United States.

4. The borough of Glen Ridge is steeped in history

The quietude of this borough on the hill pays homage to its origins as a farm and woodland abode. Its roots are evidenced in the namesake Toney’s Brook, winding through the center of town and the picturesque Toney’s Brook Gazebo. The peaceful tributary of the Second River was named after Anthony Oliff, thought to be one of the early settlers of the area.

In 1666, the original land that is now Glen Ridge was purchased from the Lenni-Lenape Indians and named “New Ark.” It operated as a mill town in the 19th century with factories that produced brass fittings, lumber and pasteboard boxes in the industrial area along Toney’s Brook. The history adds to the town’s charm today. 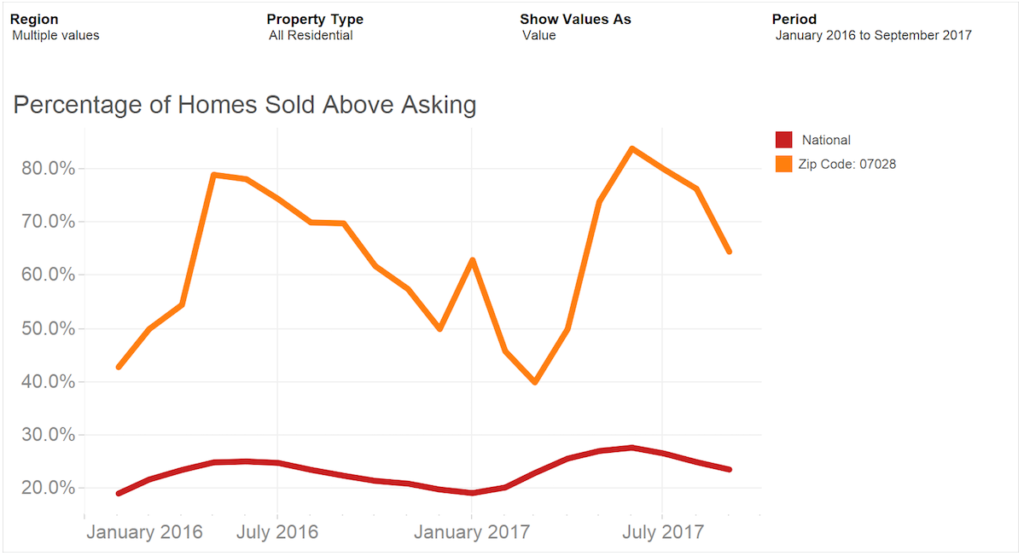 One important metric to homebuyers is Sold Above List or Asking Price. This datapoint reflects when the price paid for the property is above what the seller was asking. Areas where the sold price for a home is typically above asking indicate that properties are sought after and hard to acquire. Often there are bidding wars when a home goes up for sale. A quick view of the percentage of homes sold above asking in Glen Ridge (zip code 07028) relative to the national average reveals that from January to 2016 to today, a significant percentage of homes sold above asking prices, at times close to 80%.

The beauty of Glen Ridge lies in its smallness, making it one of the best-kept secrets in northern New Jersey. But, don’t let the size fool you. From access to Midtown Direct, great schools, and the convenience of neighboring Montclair, Glen Ridge has all the advantages of other larger northern New Jersey towns.

Interested in finding out more or seeing homes in Glen Ridge? I would love to assist you. Contact Victoria Carter at (973) 220-3050 or email victoria@victoriacarter.com.